How much fun can you have with four circles and about twenty lines of pure JavaScript? Let's find out!

The animation above has three phases: 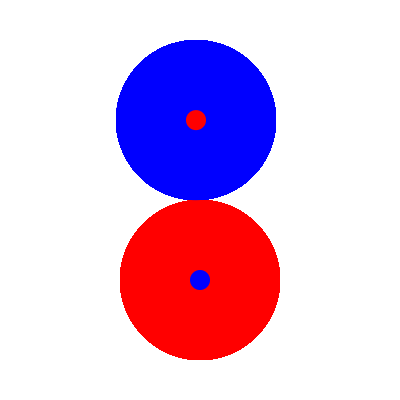 In each animation frame we'll rotate them around the center of the canvas without erasing it (so that the new image is drawn over the previous one - the large circles leave a trace, which creates the Yin Yang symbol). If you're not a trigonometry enthusiast, you don't even have to worry about the sin/cos functions - all you need to know is that if the coordinates of an object are (sin(counter),cos(counter)), it will spin in a circle. I divided the counter by an arbitrary number (PI/4) to slow down the animation. x1 and y1 are 180 degrees 'behind' x2 and y2 so that the two sets of circles are always on the opposite sides of the center of the canvas.

Here's the code for phase 1:

Now let's add color cycling. To do this, we introduce a slider [17] that will be added to blue component and subtracted from the red component for two circles and the other way round for the other two.

Here's the breakdown of the formula: first, we take the remainder of the division of the counter by 255 (%255): 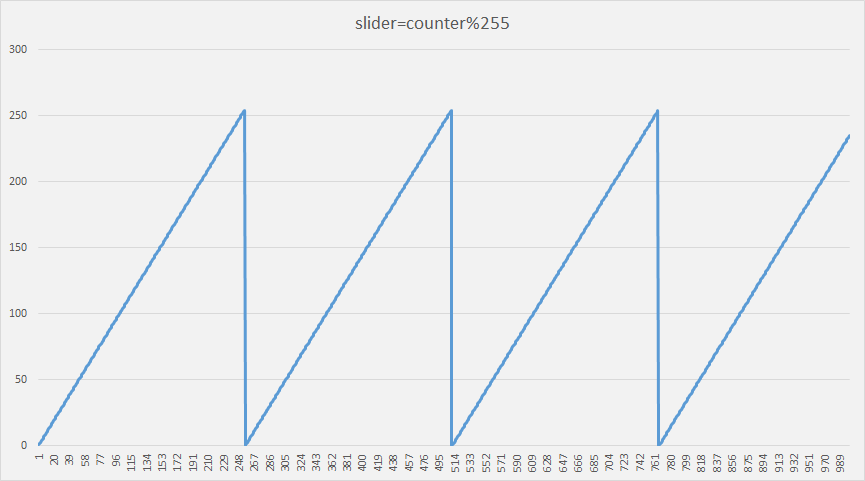 Subtract the result from 127 to bring half of it to the negative territory: 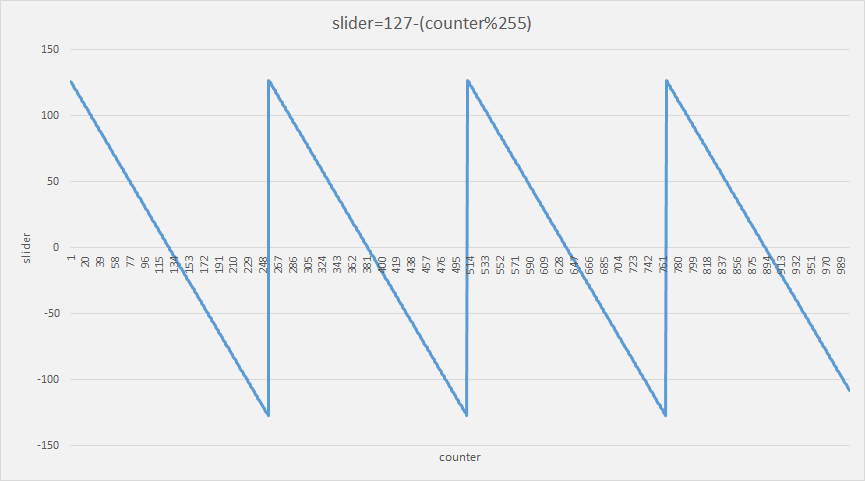 Finally, take the absolute value and multiply by two: 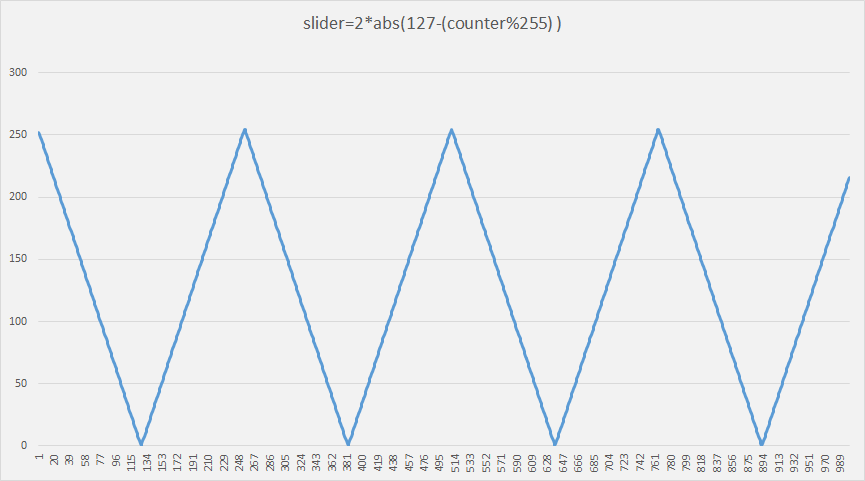 Now it oscillates nicely and smoothly between 0 and 255, which are the min/max values for the RGB color components. When two circles are red, the other two are blue and they periodically exchange colors. My uncurable obsession with minimizing the number of lines of code (I want to be on Dwitter when I grow up) forced me to cram these values into lines [18-20] which makes them very cumbersome... A sane person would declare a new variable for 255-slider.

What if the radius of the large circles was the sine of time (represented by the counter)?

By the way, let's get rid of the two small circles, those stinkers weren't doing anything interesting anyway.

Which leads to this cool effect. Enjoy experimenting with different parameters!